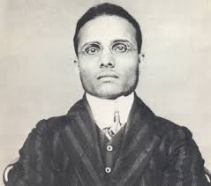 In 1909, when V.D. Savarkar published The Indian War Of Independence: 1857, it roused both colonial ire as well as nationalist admiration. As Jawaharlal Nehru would later write, it was “a brilliant book” even if somewhat handicapped by “prolixity and want of balance occasionally”. The British authorities, of course, banned it, for, in the words of a later publisher, they found it “revolutionary, explosive and highly treasonous.” The odd thing, though, was that proscription came before the book was even published. In Savarkar’s retort, the government had either acquired a copy of the manuscript—in which case they could have proceeded to charge him properly instead of banning the book—or they had not. And if they had not, how, he asked, “could they be so cocksure of the (book’s) seditious nature?” The answer was simply fear of 1857 and even the remotest commemoration of that fateful year.

Despite his flowery language, Savarkar’s ideas in the book were pointed—any nation “that has no consciousness of its past”, he insisted, “has no future”. The British may have pretended that 1857 was a “sepoy mutiny” but for Indians it was nothing short of revolution. “Could that vast tidal wave from Peshawar to Calcutta have risen in flood without a fixed intention,” he asked, “of drowning something by means of its force?” No, it was not about superficial grievances but because “the principles of Swadharma and Swaraj” were “embedded in the bone and marrow of all the sons of Hindusthan!” Religion did not intervene in defining such sons: Both “Nana Farnavis of Poona and Hyder Sahib of Mysore” had foreseen the threat. Lakshmi Bai of Jhansi was at the receiving end of oppression at the hands of the East India Company as much as the nawab of Awadh. Under foreign rule, “the blood of both the Hindus and the Mahomedans boiled”.

Of course, he adds quickly, Hindus and Muslims had their political differences in the past. But their “present relation was…simply that of brothers with the one difference between them of religion alone.” To Savarkar, at this time in his 20s and living in London, Hindus and Muslims were “children of the soil of Hindusthan. Their names were different but they were all children of the same Mother…they were brothers by blood”. Besides, no matter what feuds they had once, they were to fight together to survive. For while the British unleashed horror and injustice in India, internal rifts were “unreasonable and stupid”. In 1857, then, the goal was to eject the subcontinent’s colonizers and inaugurate a “United States of India” under the land’s various rulers and princes—Hindu and Muslim both.

Leaving aside Savarkar’s subsequent change of opinion on communal matters, it is interesting to wonder what might have happened if the revolt of 1857 had actually succeeded. The centre of rebellion was northern India, so the “United States” Savarkar pictured may well have emerged as a collection of kingdoms, cemented under Maratha power, and legitimized by Delhi’s Mughal emperor. After all, the emperor’s proclamation during the revolt won Savarkar’s approval: “We will destroy the enemy and will release from dread our religion and our country, dearer to us than life itself.” Nothing, our author expressed, was “holier in this world than such a Revolutionary War”. And the moral centre of this “holy and inspired idea” was “the throne of Delhi”. In other words, if the north became a confederation of principalities, free from British rule, its sovereigns would likely have been descendants of Babur of Ferghana.

How this might have played out in the south is an open question: After all, in Hyderabad, the nizams were officially subordinates of the emperor. Would they, had the rebellion succeeded in the north, have instigated a British expulsion from the peninsula? Or would the south have remained a sanctuary for the colonial establishment on the run from its offices in Kolkata? In Delhi, rebel leaders may have stood before the emperor “with their swords dipped in English blood”, but imperial authority south of the Deccan was tenuous—would then a kind of peace have resulted, with Hindustan under Indian rule while Madras became the capital of British south India? And would both have unleashed intrigue and subterfuge to undermine each other? The company, after all, had the Punjab on their side, which weakened the resistance in the north. And the emperor’s agents, meanwhile, were flirting with Persia for an international front against the European colonizer.

Indeed, Savarkar’s disappointment with the south is palpable, for even in the Deccan, which displayed the relevant sentiments, “the diseases of indecision and indetermination stifled it in the embryo”. Where in the north the revolution came with “an inconceivable, lightning-like rapidity…with the determination to kill or die”, the south watched instead of joining at once—if only it had followed the lead of Hindustan, the British might have been expelled. But that did not happen. “Madras, Bombay, Rajputana, the Panjab, Nepal, and other parts of India were still lying like dead weights hampering the national movement.” When “Indian regiments from Madras came”, they did so under Company banners, and “the sparks of Revolution were speedily extinguished”. Public pressure evidently did rally around rebellion even in the south, in Savarkar’s account, but it was its leaders who let down the national cause.

In the big picture, though—and Savarkar notes this with some frustration and regret—it was not just bad leadership and lack of courage that thwarted the promise of 1857. The rebels knew they wanted to expel the British but they offered no clear vision of what lay ahead. If it meant going back to internal squabbles, the entire exercise was hopeless—it had no appealing idea to galvanize hearts and offer a better future for which everyone could fight. The result was that even as some “gave a terrific blow on the head of Tyranny”, others “thrust a dagger in (Mother India’s) own heart”. Indians knew what they disliked, identified what they wished to dismantle and eject, but, in the end, Savarkar complained, they were not leaders with a vision—and so he concludes wryly his book from 1909, with a verse composed by Bahadur Shah Zafar coupled with the cry of Vande Mataram.