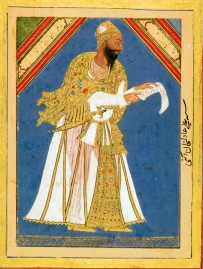 Sometime in 1561, a Portuguese Jesuit found himself in the city of Bijapur, grumbling about its diverse inadequacies. Certainly, he conceded, this capital of the Adil Shahi dynasty was larger than Goa, but size could hardly compensate for its glaring weaknesses. Not only were Muslims here “as numerous as insects” in his sharply prejudiced view, but the town did not have “ten houses that are worthwhile, nor good streets nor planning” to be able to handle a swelling population. Despite being the seat of a powerful prince, most people lived in ugly tents, with the result that there was little of even architectural merit in Bijapur to commend itself to a regular visitor, let alone one as judgemental as this particular specimen.

But while the Jesuit left disappointed, these were still early days in the reign of Ali Adil Shah, the sultan, and by the end of his rule nearly two decades later, Bijapur would be well on its way to transformation: outer walls, mansions, mosques, parks, even underground water supply. More importantly, beyond everyday routines, Ali would successfully also attract an intellectual class to his court. He personally made it a habit, including when out on campaigns, to cart his books along, for instance, and created a library employing 60 hands—in 1567, the grandfather of the celebrated Marathi poet Vaman Pandit was entrusted with its supervision on a princely salary of 1,000 hons.

Ali’s would become a time of cultural efflorescence in Bijapur. The beginnings of the Bijapuri style of painting are traced to his reign, for example, so much so that scholars George Michell and Mark Zebrowski note how “absolutely no painting can be ascribed to Bijapur” before this period. After the defeat of Vijayanagar, artists from there too were absorbed, so that in addition to Persianate and Islamicate ideas, south Indian Hindu concepts and techniques also made their way into local art and literature. None of this was surprising as such, for as Ali’s contemporary Rafi al din Shirazi noted, he was “generous…unrestrained, and unceremonious”, attracting both Hindu and Muslim thinkers, from whom he derived intellectual nourishment.

Perhaps the most striking production of Ali’s eventful reign in Bijapur, however, is the 1570-71 Nujum al-Ulum (Stars Of The Sciences). For a long time, the provenance of this manuscript was doubted: As one scholar argued in 1958, the link with Bijapur was “based solely on a note by a former owner, who remarks that the book was once the property” of Ali’s heir, and questions were raised about its date too. But over time, not only did the style of illustration and richness of material used clarify a Bijapur origin and royal patronage, but, by 2011, it became clear Ali himself was its author. As Emma Flatt discovered, the text (in a somewhat peculiar place) itself records how “the writer of these traditions…and stories…is named Ali, known as Adil Shah”.

The Nujum was never fully completed—perhaps on account of the sultan’s endless military campaigns—but Ali’s (or his ghost-writer’s) intention to present 53 topics is recorded. It is a bewildering mix of all that appears to have interested the man. Chapter 15 was to discuss Indian and Persian styles of wrestling, while the following section was to classify men and women on the basis of their “modes of sitting”. Chapter 41 was to delve into arithmetic, and chapter 50 to study sherbets and halwas. Even in the 10 chapters that do survive in the Nujum’s 348 folios, we find expositions on horses, elephants, weapons, exercise, astrology (including a translation of an obscure Sanskrit text), and a fascinating descriptive catalogue of tantric goddesses, called ruhanis.

Citing everyone from Plato to Al-Sakkaki, the Hindu influence in the Nujum is, in fact, striking. As art historian Deborah Hutton records, where Persian works usually depict the planet Mars as a warrior, in Ali’s treatise we see Mars resemble a Hindu deity with four arms. Sanskrit words are interspersed with Persian, and, at one point, the influence of the Markandeya Puranam becomes clear. Venus appears with her Islamic name Zuhra, but is unironically presented, Flatt similarly points out, as the daughter of Bhar Gua (or Bhrigu of Hindu mythology, who is the father of Shukra, from whom comes the Sanskrit name of Venus).

The illustrations themselves, some rich, others crude, are striking—the tantric goddesses, for instance, are almost entirely south Indian in appearance, with disc-like earrings, enormous eyes, and attributes such as tridents which link them to deities like Kali and Shiva. These ruhanis represent different things and are depicted accordingly: Ali introduces a two-headed goddess bearing flames, while elsewhere we encounter another flinging men by their hair. One fanged ruhani wears a Maharashtrian sari, while another holds serpents in her hands. Yet another is the owner of 32 arms, while the ruhani Ariv has a corpse in her mouth. There are dark-skinned goddesses, and those who are red—one is black and white both, on each side of her body, while another has clawed feet. And yet we also have gentle Subhapgi, who nurses a baby, attended to by servants who fan her.

Ali’s own intention in the Nujum was evidently to compile a manual to guide kings. As Hutton writes, his “main thesis” was that “all worldly affairs are governed by supernatural forces…(and) if the sultan is able to understand the cosmos and the various supernatural powers at work, he can exert proper control over worldly affairs”. With his patronage of artists, musicians, scholars and philosophers, and with his apparent knowledge of diverse astrological traditions to herald greatness, Ali ought, by his own logic, to have taken Bijapur into a golden age. He certainly did set the ball rolling, but, by 1580, he would, alas, be in the grave. For all his knowledge of astrology and tantric secrets, the king and author of the Nujum could not foresee his own assassination—not by magical hands, but by very human ones of those plotting around him.