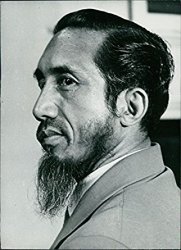 On 12 June 1960, puzzled immigration officials in London detained a traveller who had landed up without bothering with that small thing called a passport. His face was partially paralysed but his tongue was defiant. “When the British came to my country,” he declared, “they did not bring any passport with them. Why should I now carry one to Britain?” It was a startling riposte but the visitor’s identity clarified matters. Angami Zapu Phizo, one time insurance salesman and proprietor of Gwiz Products, which offered a range of face creams and balms, was a dangerous separatist, sentenced to death by the Indian Union—a union 70 years old now but which is yet to fully reconcile with the people Phizo represented, and whose cause delivered him to his tragic destiny: exile and death in a foreign land.

The Nagas, descended from Mongoloid tribes, occupied a vast hilly tract for much of known history. Then, in 1832, an East India Company captain with 700 soldiers, 800 “coolies”—and no passport—decided to gun his way through their lands. Held loosely by rival clans, the advent of the British produced the tribes’ first common enemy, transforming also into a catalyst for unity. For the captain, however, the motive was clear—the company had brought Manipur under its control and now sought a direct route into Assam; a route that could only be had by bulldozing through this “savage tract lying in the midst of our settled districts”. A few patronizing lines about “civilizing the hillmen” were also thrown in, and Naga territory was justified as theirs to take.

Despite the hysterical onslaught of propaganda about headhunting, the Nagas were not convinced of their so-called inferiority. “We are all equal,” Phizo proudly noted. “We have no caste distinctions, no high class or low class. There is no minority problem and we believe in that form of democratic government which permits the rule of the people as a whole. We talk freely, we live freely, and we often fight freely too. We have few inhibitions. Wild? Yes, but free. There is order in this chaos, law in this freedom.” It was not what the West defined as “civilized” but it held all the other cultural ingredients for nationhood. The Nagas were alarmed to learn that an accident of history—and the construction of a highway—had made them “Indians” overnight.

Phizo, however, was an unlikely voice for Naga nationalism. Born in 1904, his was a family of converted Christians that was still tribal enough to baptize him at the late age of 18. Selling insurance for a Canadian company in the bigger towns of the region, and the Bible in its villages, the man travelled extensively. And, over time, he developed a sense of nationalism inspired by the past as well as by his peers. The time, though, was not ripe: He married and eventually moved to Burma (now Myanmar), never, however, relinquishing his vision for a sovereign Nagaland. “I am a Naga first, a Naga second, and a Naga last,” he announced, even as the British thought him “as thoroughly a nasty piece of work as ever there was one.”

It was World War II that allowed Phizo an opportunity to realize his vision. And this did not merely entail terminating British domination but also aimed to challenge any Indian claims over Naga territory—he did not intend to watch a “black government” replace the white. When in the 1940s Subhas Chandra Bose and the Japanese took Burma, Phizo cooperated more readily with the latter than with Bose, even though the campaign to invade India was ultimately defeated. The British locked him up in jail for his pains. “I was condemned a traitor,” he remembered. “But I was certainly not a traitor to my own conscience.”

In 1946, Phizo came home to lead the Naga National Council. His opening sentiment was disappointment. In Burma, he “had witnessed what patriotism could achieve”. In Nagaland, there “was nothing—no unity, no ideas”. He decided to plant these ideas, meeting Mahatma Gandhi to negotiate a space outside India for his people. “I will come to the Naga Hills,” Gandhi promised when the possibility of military coercion was raised, and “I will ask them to shoot me before one Naga is shot.” But Jawaharlal Nehru after 1947 would not brook any talk of tribal autonomy—India was already in shock after Partition, and the borders that remained were not negotiable.

Phizo, who “gave the impression of carrying, single-handed, in his little briefcase, the destiny of the entire Naga people”, was prepared to fight. And when events turned violent under his direction, Nehru’s determination was matched by the march of Indian troops. Phizo had no option but to live with the consequences. Travelling via Pakistan on a fake El Salvadoran passport to Switzerland first, Phizo went into exile. He made every effort to gather international support for his cause, but there was nothing anybody could offer. After all, Nehru, despite his blood-curdling policy in Nagaland, was a towering post-colonial figure; Phizo, as London’s newspapers announced, only a famous “headhunter”.

By the time he died in 1990, 30 years later, Phizo was resigned to his fate. “I made a mistake in over-estimating the will of those I had left behind in Nagaland to resist the pressures put on them,” he remarked gloomily to a journalist. “I made another mistake in believing that in the West truth would conquer. That was not so. Having come here, I could see the world is too distracted, too divided. I thought of myself as a student of history, but I have discovered I have a lot to learn.” He had a dream that seduced his people. What he learnt painfully was that it was destined to remain just that: a dream.