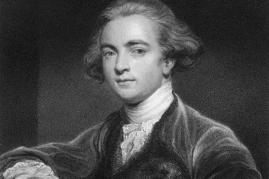 Not many in India today remember William Jones, though at the time of his death in April 1794, he enjoyed what a biographer calls “one of the most phenomenal reputations of all time”. To some he was Persian Jones, the translator of the Tariq-i-Nadiri, while others, after he founded the Asiatic Society in today’s Kolkata, called him, predictably, Asiatic Jones. To one not entirely enraptured crowd, he was Republican Jones, what with his “seditious, treasonable, and diabolical” ideas about popular education and universal (male) suffrage. But as far as India was concerned, it was in his avatar as Oriental Jones that he became one of the sincerest interpreters of our land in the West.

To be sure, Jones was not devoid of imperial prejudice. “I shall certainly not preach democracy to the Indians, who must and will,” he argued, “be governed by absolute power.” As a British judge, he scoffed at any political conception of Indianness; it was India’s historical accomplishments he thought profoundly admirable. “I never was unhappy in England,” he once wrote, “but I never was happy till I settled in India.” Part of it, admittedly, had to do with the splendid £6,000 salary that had attracted him here in the first place—Jones calculated that a decade in India promised stately retirement when finally, unencumbered by financial distress, he could pursue assorted intellectual interests.

Jones was born in 1746 to the daughter of a cabinetmaker and a 71-year-old mathematician, whose peers included Isaac Newton. His father died but the cabinetmaker’s daughter gave him a good education—a worthwhile investment, given his prodigious appetite for learning. By 13, Jones had written his first poem, and by the time of his death knew a grand total of 28 languages. A desire to read the Bible in the original drew him to Hebrew, and an interest in Confucius led him to Chinese. He thought Greek poetry “sublime” but when he “tasted Arabic and Persian poetry”, his enthusiasm for Greek “began to dry up”. The only language he never learnt was his native Welsh.

By his mid-20s, Jones had authored several books and was recognized as an authority on the East. But while accolades and a knighthood arrived, the want of a steady income brought inescapable pressures. “I was surrounded by friends, acquaintances and relatives who encouraged me to expel from my way of life…poetry and Asian literature.” They wanted him to “become a barrister and be devoted to ambition”. He agreed, but managed to orient his legal interests also towards the East, producing the forbiddingly named Mahomedan Law Of Succession To The Property Of Intestates. Naturally, his political ambitions floundered.

It was in 1783, when not yet 37, that he came to India. But, in his typical fashion, he connected his pursuit of money with a pursuit of intellectual stimulation. He drew up a list of 16 subjects, ranging from the Mughal and Maratha political systems to the “Music of the Eastern Nations” and “Medicine, Chemistry, Surgery and Anatomy of the Indians”, to investigate. And it took him only a year-long glance at India’s cultural riches, to constitute the Asiatic Society—the body that, among other things, reminded Indians of a figure we ourselves had forgotten: emperor Ashoka.

But what struck Jones most was language. “Sanskrit,” Jawaharlal Nehru wrote, “fascinated him…. It was through his writings and translations that Europe first had a glimpse of some of the treasures of Sanskrit literature.” It began with professional demands—Jones could interpret Islamic law without translators, but Hindu codes evaded him. To rectify this, a pandit was hired on a princely retainer to give him lessons, and soon Jones built up a vocabulary of 10,000 words. When Brahmins in Benares refused to translate the Manusmriti for him, he simply produced his own: The Ordinances Of Manu.

Soon he felt a deeper affection for Sanskrit poetry. “By rising before the sun,” wrote Jones, “I allot an hour every day…and am charmed with knowing so beautiful a sister of Latin and Greek.” It was the first time a familial bond was established between Sanskrit and the classical languages of European antiquity. And there were other dots of history that Jones joined. The Palibothra of the Greeks he connected to Pataliputra. Sadracottus, he discovered, was none other than Chandragupta. India’s past came alive in a wider context, with its own philosophers and emperors, but what gripped our polymath was Kalidasa and his Shakuntala. And through him, Europe was transfixed.

Translated in 1789, Jones’ Sacontalá: The Fatal Ring inspired Goethe to declare: “I should like to live in India myself…Sakontala, Nala, they have to be kissed.” Interestingly, Jones did not only translate—there was censorship, given the moral predispositions of the West. Where Kalidasa spoke of Shakuntala’s “breasts no longer firm”, Jones accepted his remarks on ageing cheeks and shoulders but omitted the breasts completely. In a way Jones modelled a new Shakuntala—a prototype of European virtue, as opposed to the sensuous Shakuntala Kalidasa described; an Indian woman born of Western idealism. Indians too embraced this paragon of chastity over her erotically charged predecessor, much like so many Western slants came to be accepted as unquestionably (and “purely”) Indian.

By 1794, Jones declared a new mission. His incomplete desiderata featured Panini’s grammar, the Vedas, the Puranas, and more. It was a tragic twist that within the year he was dead—the climate never agreed with him—and a grave was built for him in India. “The best monument that can be erected to a man of literary talents,” he once said, “is a good edition of his works.” His widow published a collection, enshrining in it his legacy as the decipherer of India for the West. The West itself, sadly though, dismissed Jones, going down a path of racism and control in a few years. Virtuous or not, Shakuntala became altogether preposterous. And India, they decided, was not only never great, but never could be; the India Jones saw was a myth, all his work a fallacy. And soon, the Raj became our reality.