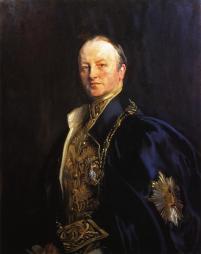 Narendra Modi, who looms larger than ever in fashioning a Congress-muktBharat, might be interested to learn that the last person to envision such a universe was a staid white man from an island called Britain. While for Modi it is dramatic electoral victories that pave the way, it was the factional feud between the moderates and extremists in 1900 that the viceroy, Lord Curzon, hoped would extinguish the Congress in his time. He didn’t make Modi-style speeches but, writing to superiors in London, expounded his “belief that Congress is tottering to its fall”, adding how “one of my great ambitions while in India is to assist it to a peaceful demise”. He spent six years investing precisely in this ambition, only to withdraw frustrated—the Congress took a deep breath and resurrected the freedom struggle. Today, deep inhalations won’t suffice. And thanks to Modi, the drowning gasps of the Congress may well be offering dear old Curzon belated graveyard consolations.

Like our resolute Prime Minister, Curzon too ruled India with self-appointed purpose. That it was the wrong purpose altogether is another matter, but his conviction was unparalleled. He always had a sense of his importance, and made every effort to flaunt it. At Oxford, his peers came up with the doggerel: My name is George Nathaniel Curzon/I am a most superior person/My cheek is pink, my hair is sleek/I dine at Blenheim (Palace) once a week. It didn’t help that he also had that disagreeable habit of passing judgement everywhere he went. On a trip to Canada, he sniffed how there were few well-bred passengers on board, and the “social status of the remainder is indicated by the aristocratic names they bear—Tulk, Tottle, and Thistle”. As it happened, he married a blacksmith’s descendant called Leiter, a match not too repulsive after the little matter of a not-too-little dowry was discussed.

It was India, though, that made Curzon—and unexpectedly so. “From nobodies,” his American wife exclaimed, “we have jumped into grandeur.” Only 39 when he was propelled into his “civilizing” viceregal mission, Curzon couldn’t stand the demands of the “native” elite for a share of power and a fraction of respect. The princes he dismissed as “a set of unruly and ignorant and rather undisciplined schoolboys”, while the Congress was a “microscopic minority” of jobless lawyers, completely divorced from reality—a sentiment with which many might relate today. “You can as little judge of the feelings…of the people of India from the plans and proposals of the Congress party as you can judge of the physical configuration of a country which is wrapped in the mists of early morning, but a few of whose topmost peaks have been touched by the rising sun.” This Curzon declared before he ever set eyes on a Congressman.

He did, however, show empathy for ordinary people, partly because in those days, ordinary people didn’t ask inconvenient questions. When British soldiers raped a Burmese woman, he was horrified by the conspiracy to protect them—the entire regiment was expelled to Aden, “the worst spot I could find”. When a planter flogged his Indian servant to death and escaped a harsh sentence, Curzon appealed for real punishment. “I will not,” he wrote, “be party to any scandalous hushings up of bad cases…or to the theory that a white man may kick or batter a black man to death with impunity because he is only ‘a damned nigger’”. The English, he argued, must set an example in India by their “superior standards of honour and virtue”. While he personally went about setting examples, other Englishmen continued to kick Indians, calling Curzon a “nigger-lover”.

Good intentions aside, Curzon was also the kind of man who centralized power and reigned over mountains of paper. “The Government of India,” he mourned familiarly, “is a mighty and miraculous machine for doing nothing.” His solution, though, was not to empower Indians, but to pile up more on his own imperial plate—on one occasion, the viceroy himself set out to catch a chicken-thief when accounts did not add up in the stately kitchens of what is now Rashtrapati Bhavan. He couldn’t quite understand why the Indian education system—of his own people’s design—was so focused on manufacturing a “rush of immature striplings” interested “not to learn but to earn”. He made attempts to develop a research-oriented university system and emphasize technical education, though in implementing these wonderful ideas he again forgot to involve those brown people for whose benefit they were intended in the first place.

What most offended everybody, however, was Curzon’s notorious partition of Bengal. He had already carved the North-West Frontier Province out of Punjab, and had plans for Berar, Orissa, and other provinces as well. As the cradle of Indian nationalism, however, Bengal was unique. Despite mastering the principle of divide et impera, London warned Curzon not to proceed because “the severance of old and historic ties and the breaking up of racial unity” would backfire on the Raj. But he went ahead anyway—and lived to regret it. The partition, to begin with, settled the internal doldrums of the Congress, rallying all factions against this single cause. Curzon, who in 1904 began a second term, was recalled within 12 months into a future with no more spectacular prospects. By the time of his death this month 92 years ago, he was reduced to complaining how not enough people were visiting to check on his welfare. “I must be entirely forgotten,” he lamented, “or have no friends left.” Both were partially true.

There is, however, one thing for which Curzon deserves lasting credit: his genuine interest in preserving India’s monuments, a responsibility “scandalously neglected” till then. When some complained that he was protecting “pagan” structures, he reminded them that as sheer manifestations of human genius, to him “the rock temple of the Brahmin stands precisely on the same footing as the Buddhist Vihara and the Mohammedan Masjid as the Christian Cathedral”. Personally touring swathes of land, climbing up hills and down ruins, Curzon ensured that the Archaeological Survey of India began to do its job. And for all his prejudices, this one contribution was enough for Nehru, no great admirer of friendless, resentful Curzon, to later remark: “After every other Viceroy has been forgotten, Curzon will be remembered because he restored all that was beautiful in India.” That, one hopes, would give Curzon some more gratification than reports of the Congress’ imminent demise.