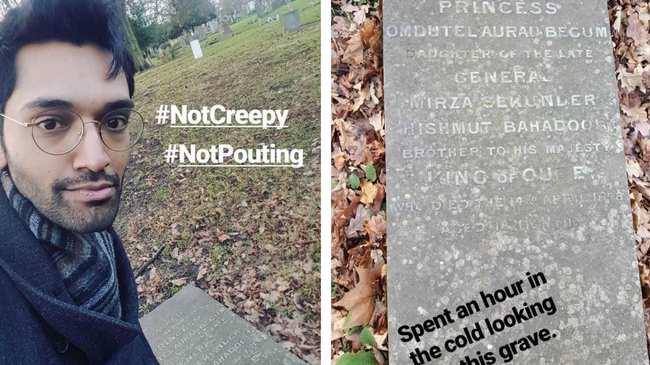 When Manu S. Pillai (“the S is important”) and I sat down to talk, gossip was at the top of the table. We were at a mutual friend’s apartment, our chat getting progressively boozy as our friend packed things into cardboard boxes, preparing to move house. But the gossip we were soaking up wasn’t about the here and now—we were talking history.

“As Yuval Harari writes in Sapiens ,” Pillai explained, “gossip was essential to the growth of human society. Without gossip, there would be no civilization—gossip is what led to storytelling, and storytelling led eventually to all those lofty ideas about which we write sentimental poems.” Nationalism, art, literature, morality: it all sprouted from groups of humans coming together and engaging in our ancestral passion of idle chatter. 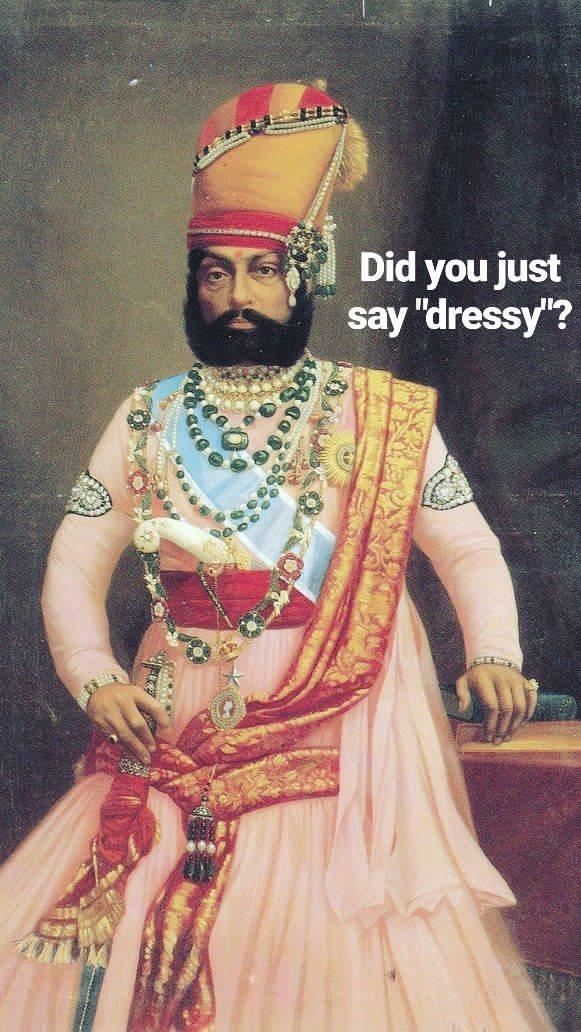 Pillai, who at 28 counts being chief of staff to MP Shashi Tharoor in his work experience, pointed out that “historically, gossip was also deployed for political purposes.” For example, Pillai’s new book, Rebel Sultans: The Deccan from Khilji to Shivaji, describes how when Qutb Shah founded the city of Hyderabad, a rival Mughal general invented the rumour that the town was named after a “hardened whore”, with whom the Qutb Shah was obsessed. “The story is still around and tour guides keep repeating it—this completely fabricated bit of gossip, retold so many times that it has become ‘real’. And look around. Even in 2018 so much of what is said about people in public life is, at the end of the day, plain gossip.”

Gossip also sparked Pillai’s own passion for history—a passion that led to his first book, The Ivory Throne, at age 25. Plllai won theSahitya Akademi’s Yuva Puruskar for this 700-page history of Kerala, but it started with family stories. “I’d like to pretend there were more pious origins, but really it stems from a grandmother who never censored anything. She’d talk about flirtatious uncles with heaps of illegitimate children, and formidable great-aunts who could tame elephants.” 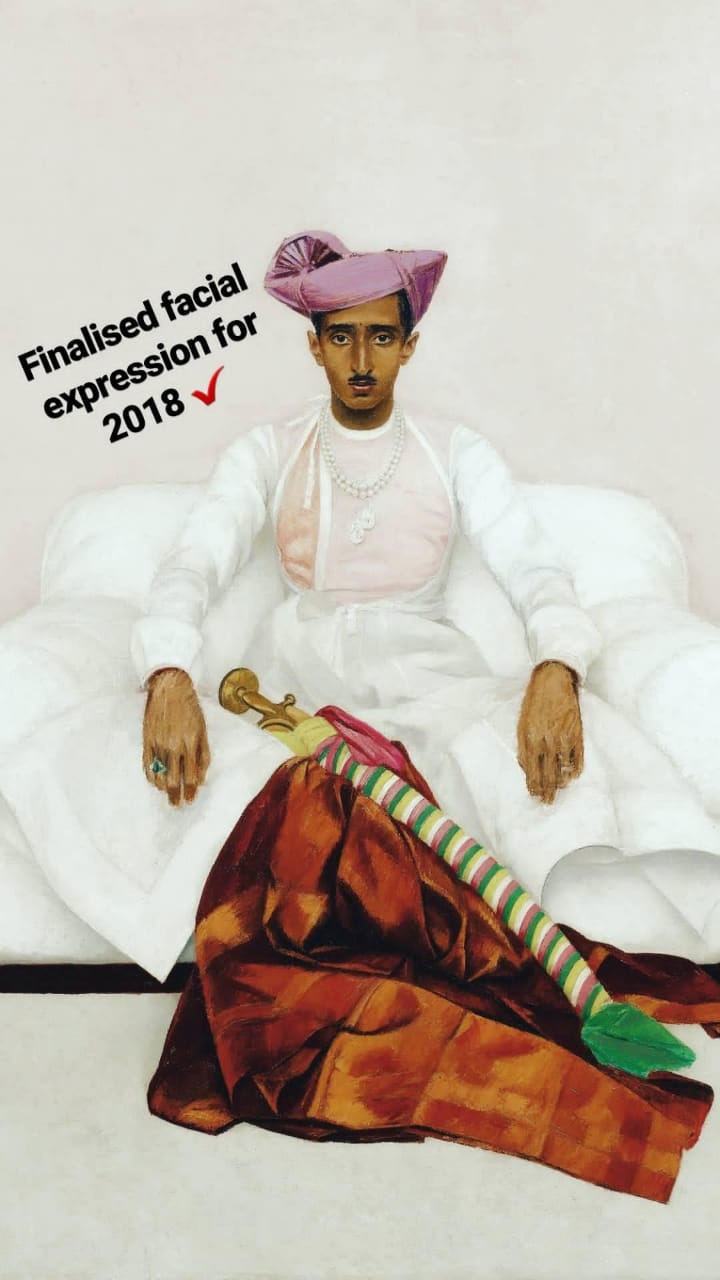 Pillai grew interested in the historical period in which these characters lived, learning to look at the past through their eyes. “It isn’t dates and events that interest me as such. It is the people who made those dates and events matter,” he said. “Whether you lived in the 15th century or in the 20th, while contexts change, human behaviour doesn’t really. People fought, loved, built things, destroyed things, had sex, judged each other, and paraded hypocrisy as we do today.”

Pillai didn’t love history in school, where “textbooks and linear narratives reduce the subject to one of the most boring students have to endure.” He remembered being taught that widow remarriage was a great reform. “But then I learnt that my great-great grandmother, an orthodox Sanskrit scholar, was a divorcee in the 1880s—you could discard a husband without any fuss in Kerala in those days.” Divorce didn’t matter to non-Brahmins at the time, and widowhood wasn’t a concept.

“Similarly,” Pillai added, “we have this image of Indian women asghoonghat-wearing, docile creatures. Well, in Kerala as late as the 1920s, if you wore a blouse you were considered a jezebel. There are photographs of queens confidently gazing at the camera, seated with their sons and brothers—all of them uniformly topless.”

The Ivory Throne tells the story of Kerala’s “last female Maharajah”, Sethu Lakshmi Bayi. “The moment I started asking questions about her, I was told don’t go down that road, it’s all scandal.” Pillai was 18 and all the more intrigued by the warning. “I got in touch with her granddaughter, on Facebook of all places,” he said. Through personal papers and letters, “I found that the family rivalry initially began purely out of a personal feud. Who’s better looking, that sort of thing.” The book tracks the history of matrilineal society, colonialism and politics through this human drama. “Suddenly, the characters were not alien figures from a world we can’t comprehend. They were made of flesh—like us—and they could speak to us,” Pillai said. 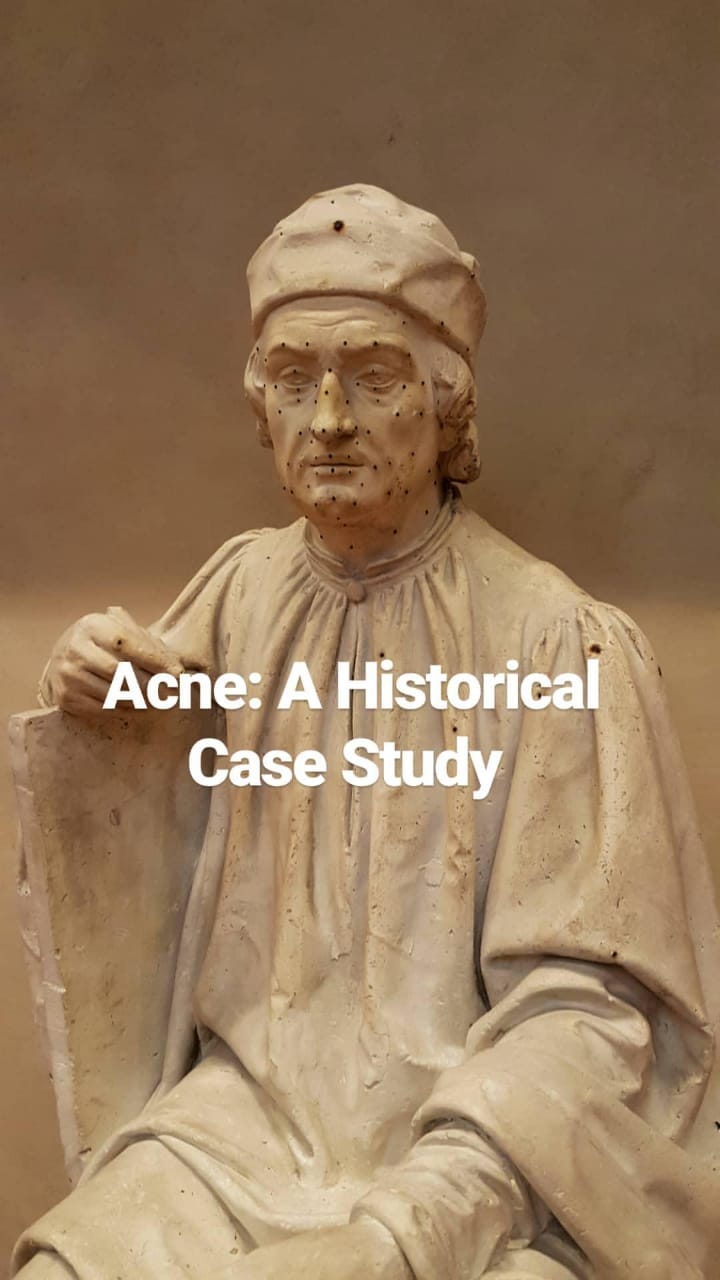 Plaster statue from the Accademia in Florence. Image: Manu S. Pillai via Instagram

Their voices are recorded in various archives. “The British had a massive appetite for gossipy details,” Pillai laughed. “Every two weeks the British Resident in Travancore sent a report to the Viceroy, detailing not only political events in the region but also palace affairs—who met whom, why a princess had a miscarriage, what black magic ceremony was carried out, who the Maharani spent an hour alone with, and so on.”

These sorts of humanising details are retold with comedy and irreverence in Pillai’s books. He credited PG Wodehouse for the irreverence, adding that this is also his way to avoid “our traditional Indian tendency to deify historical figures.” One of the most memorable characters in Rebel Sultans is Ibrahim Adil Shah II of Bijapur. “He wore red nail polish, found hilarious ways to frustrate Mughal designs in the Deccan, hosted flashy parties, even while blinding an ambitious general and murdering a rival brother.” 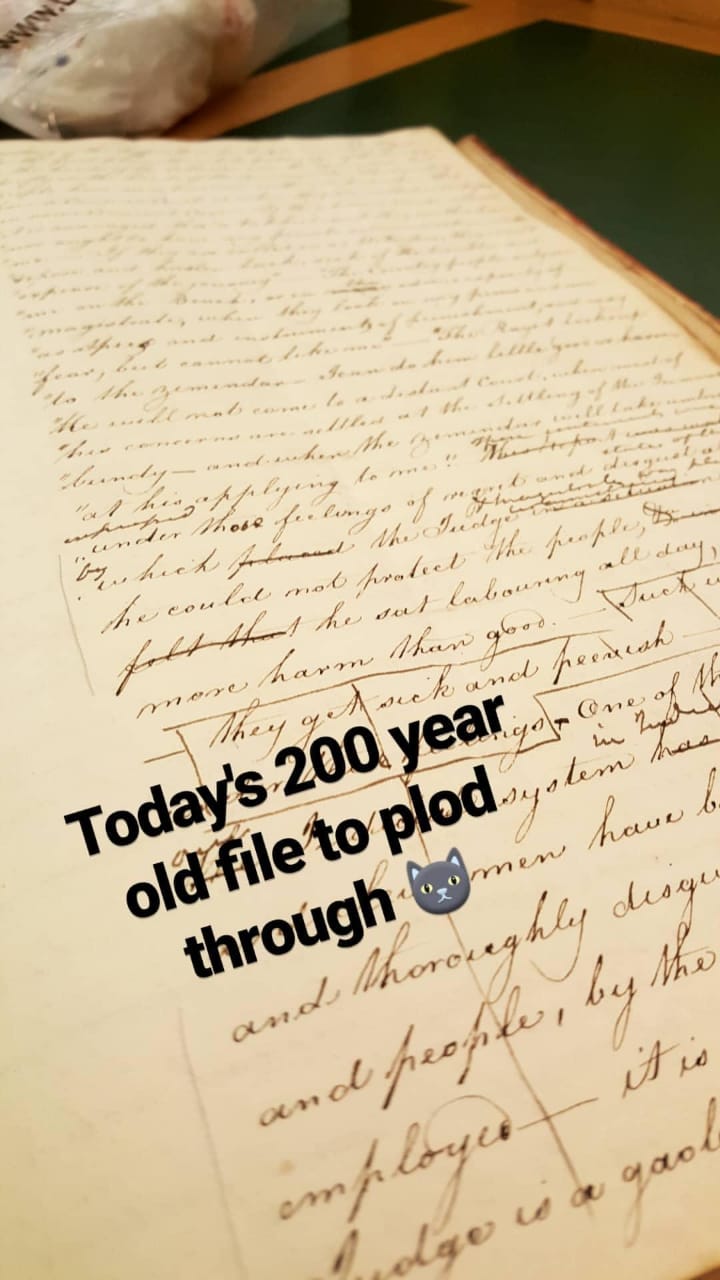 In The Ivory Throne, we meet Kerala Varma, renowned as a Sanskrit scholar and “the Kalidas of Kerala”. “But I found an 1870s letter of his, where he talks about drinking, his craving for ‘stronger narcotics’, consuming bhang, and flirting with Christian philosophy. He was in his 20s at the time, and really not all that different from many 20-year-olds I know today,” said Pillai.

While it’s uncanny how similar people from the past are to us, their worlds still have a great capacity to surprise.“Look at the Deccan,” Pillai said. “How many Maharashtrian schoolchildren know that in a town like Ahmednagar there were at least two African queens? How many Kannadigas know that Vijayanagar was a magnet for Persian fashion in the 16th century, and ruled by ‘Hindu Sultans’?” 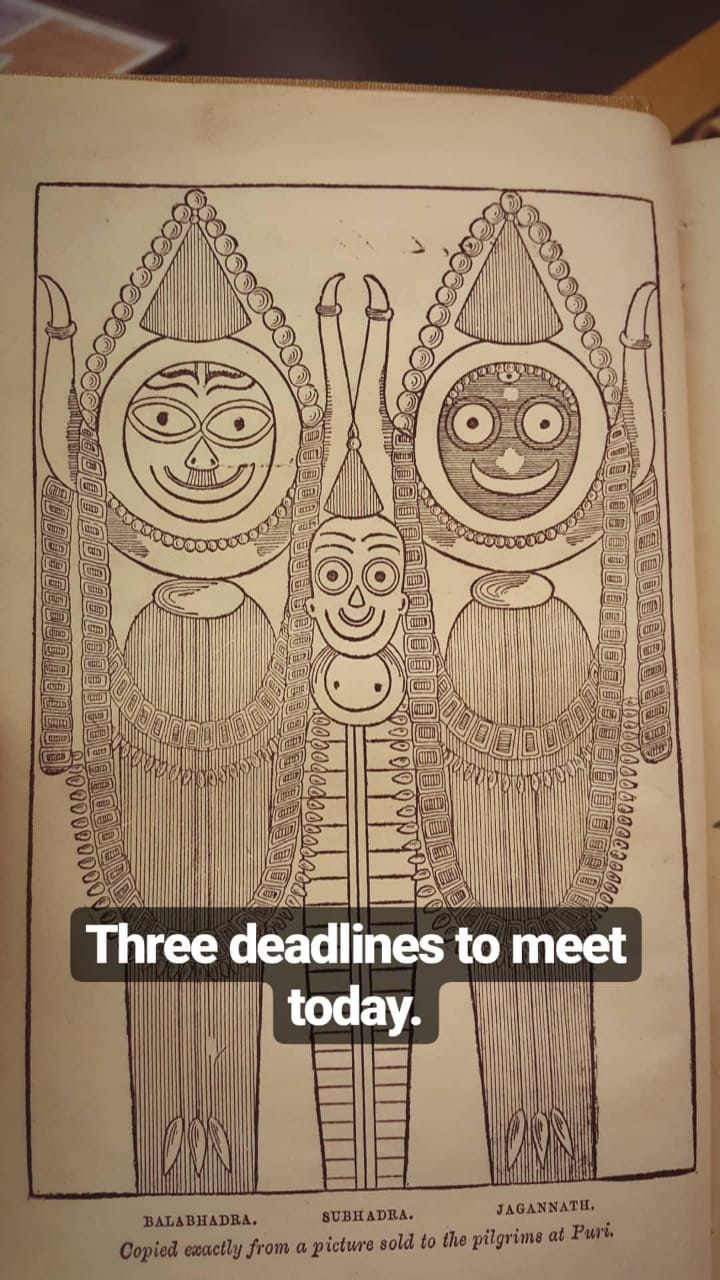 A missionary representation of the deities of Jagannath Temple. Image:Manu S. Pillai via Instagram

Rebel Sultans brings to life this rich and complicated history with a light touch. While Pillai spends “10 hours a day” in the library and archives when researching a book, his wry Instagram dispatches from these deep dives suggest we shouldn’t take the past too seriously. “These posts began with me saying, ok, I’m here, might as well enjoy it. Then I realised people have an appetite for bits of history with an image. It shows that what you’re doing is not alien territory: it’s fun, it involves beautiful imagery and quirky characters.” 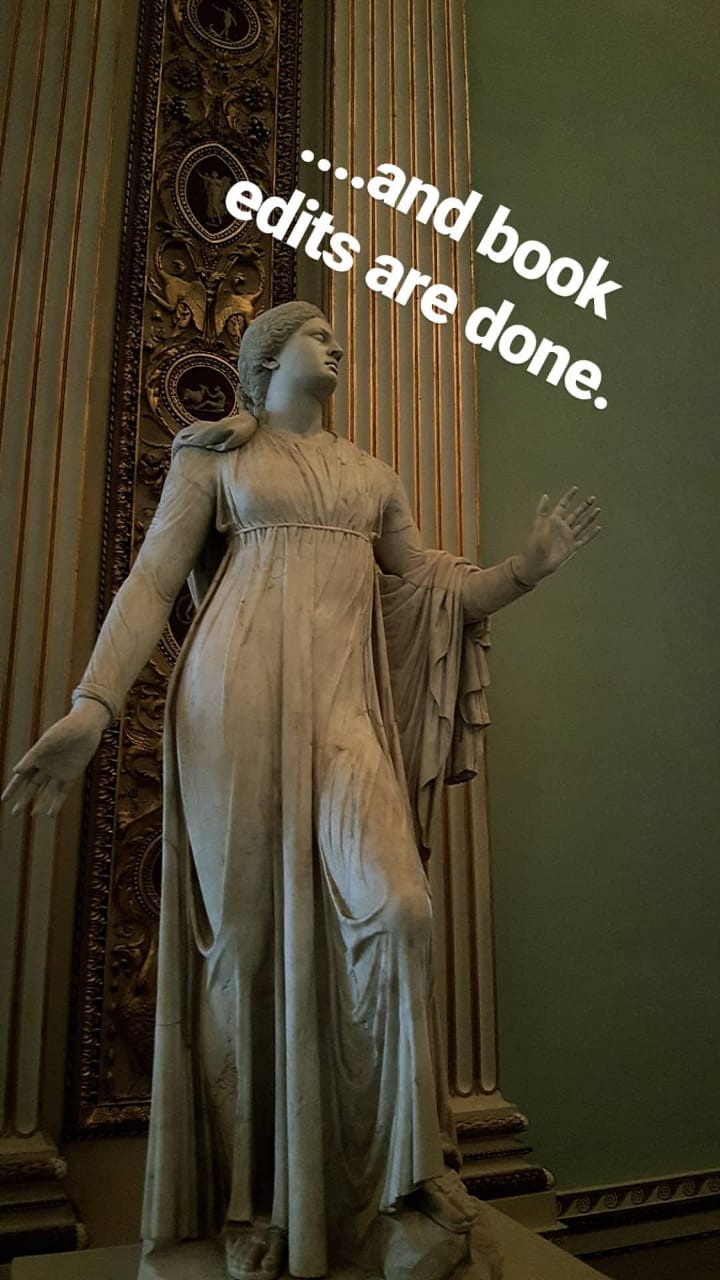